The number of learner drivers opting for an automatic is on the rise, as more than a million motorists now hold automatic-only licenses in Britain.

Since March 2019, the number of automatic-only learner drivers has increased by 25%, while up to three in ten learners are currently learning in an automatic car.

Two years ago, there were 850,000 drivers who were only licensed for automatic cars, whereas today there are 1.07 million.

By comparison, the number of license holders who can drive any car increased by only 0.6%.

There are over a million automatic drivers in the UK, but the pass rate for automatic driving tests remains below 40%, compared to almost 50% for manual tests.

The number of motorists choosing to take car-only driving tests is expected to increase as electric cars become more popular.

While some automakers – including Toyota – are working on developing “simulated manual” transmissions, it’s likely that the majority of EVs will come with automatic transmissions.

With the planned ban on sales of new petrol and diesel engines arriving in 2030, this will likely spell the end of the manual practical driving test around 2047, insurer Direct Line has previously predicted.

And this transition away from the gear lever has already started well.

Omen were found to be three times more likely to learn to drive in automatics than men, despite the fact that only 35% of cars were registered by female owners in 2019.

And, according to a study by Dayinsure, three out of five learner drivers think it’s easier to get your license if you don’t have to worry about changing gears, which seems to be the main reason for the switch.

But, if you are looking to take an auto driving test only, you may run into a few hurdles such as lack of instructors and driver readiness.

If you’re lucky enough to get your auto instructor and you’re on the road, the next thing you need to worry about is passing your test.

While 60% of learner drivers believe an automatic car is easier to pass their test, in reality the pass rates show that this is generally not the case.

The average pass rate since 2007 has remained relatively stable at 39% for automatic learners, but 47% for manual car learners, although most of the tests are the same.

There are, however, some test centers with very high automatic pass rates, with Pwllheli in Wales being the highest at 80%, followed by Hexham in the North East and Arbroath in Scotland.

By contrast, automatic pass rates are lowest in Bury in Manchester at a meager 23%, followed by Monmouth, Scotland and East Kilbride, Scotland.

Emma Bagnall, from Driving Test Success, said: “With the rise of self-driving vehicles in the UK reaching a new high, it’s no wonder that more and more students are turning their attention to learning the driving in an automatic vehicle.

> Read our guide to automatic tests: are they a better option with electric cars?

“It’s becoming more and more common to hear from students who don’t see the point of learning from a textbook, when they will soon be forced to go the EV route in a few years.”

Dayinsure’s Nicholas Shaw added: “It is clear that as the UK moves towards electric vehicles, we will continue to see an increase in the number of learners also opting for automatic licenses only. What is important now is that there are enough instructors to meet the growing demand.

So what can you do to give yourself the best chance of getting your automatic license the first time? Driving experts who said it’s all about being prepared.

Bagnall said: “People assume learning to drive and passing your test in an automatic car would be easier than in a manual.” Ultimately, you don’t have to worry about clutch control and shifting, which we know is a big deal for some learners.

“However, some students find that controlling the gear changes helps them concentrate and allows them to focus their attention on the road around them.”

Bagnall added: “It’s important to note that whether learning to drive in an automatic or manual vehicle, one of the things we see on a daily basis here at Driving Test Success is that the students take their test before they are fully prepared.

“We know how desperate students are to gain their freedom, especially after waiting months for a test date, but unless students are fully prepared they are much more likely to leave the center of test without their full driver’s license. 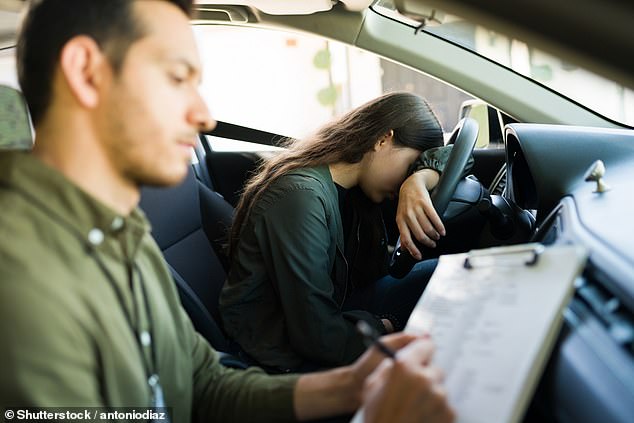 Although the pass rates for automatic drivers are lower, instructors say this is likely because learners are likely to master basic skills sooner, which is often confused with test prep.

Meanwhile, Mark Oakley, chief executive of the AA Driving School, said while these are likely to be the same mistakes manual drivers make – like checking mirrors or steering control – it is often acts simply of not being ready.

Oakley said: “Learners may find an automatic car easier to learn because there are no gears or clutches to manage. This may help explain the difference in success rates.

“Machine learners may also develop mastery of basic skills sooner, which could be confused with test preparation when in fact they still need more time to develop correct decision-making down the road. .

“In general, the mistakes drivers make when they fail their tests in an automatic car will be largely the same as those who fail in a manual car.

Observation, especially at intersections, is often where students fail. Correct use of mirrors and steering control are also among the main reasons why students do not pass their road test.

Seb Goldin of driving school RED agrees, suggesting there isn’t much difference in how manual and automatic drivers pass or fail their tests.

Goldin added that automatic drivers often fail in the same areas, such as poor observation at intersections, as well as poor awareness, planning and response to other road users.

He said, “The phrase ‘practice makes perfect’ is very appropriate for understanding what machine learners can do to improve their chances of passing tests.

“Learning in an automatic car is no shortcut to becoming a good and safe driver and international license holders should also spend time with a professional driving instructor so that they are fully aware of what is being learned. expects from them in the test.”

Some links in this article may be affiliate links. If you click on it, we may earn a small commission. This helps us fund This Is Money and keep it free to use. We do not write articles to promote products. We do not allow any business relationship to affect our editorial independence.

A pair of bills signed this year by Governor Ron DeSantis, involving vehicle rentals and public notaries, will become law on Saturday. Meanwhile, also starting on Saturday, Florida employers will see an average 4.9% drop in workers’ compensation insurance rates. The Vehicle Rental Measure (SB 566) defines insurance and other requirements for people participating in […]

Smartcar CTO Sanketh Katta (left) and CEO Sahas Katta (right) co-founded the API platform for the car … [+] applications in 2015 and raised $24 million in a Series B funding round. smart car In the race to appify automobiles, the Mountain View-based API platform, Smartcar is accelerating. The company announced Wednesday that it has […]